Today is International Women and Girls in Science Day but I am not a scientist. I was fortunate to be raised in a house, however, where no one ever told me that there was something I could not do because of my gender. I was lucky enough to be born after Title IX became the law of the land and girls had access to the same sports boys did.   I was always told that I could be whatever I wanted. But, there were still things that “women didn’t do,” at least in my mind. 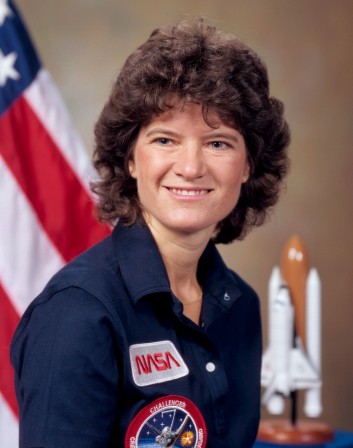 before I started high school, it happened. Sally Ride. I remember clearly several things about her.

Sally Ride did not inspire me to go into STEM, but she inspired me. A scientist who was a woman going into space told me that a woman could do anything. I don’t think I actually had those thoughts then, but I do remember feeling like the world was opening up in front of me. Maybe I would have felt that way anyway because of my young age, but looking back, I truly think that it was the result of a conflagration of events. My age, the times, the sacrifice of the women before me – and undeniably that single spark of inspiration that allowed the world to open up. To this day, Sally Ride still matters to me.

Maybe I would have done the things I have done without the inspiration I had, but I doubt it. I did not become a scientist but I chose things that I may not have pursued: played sports, served in the military and had careers that I chose, not those that were chosen for me. Currently, I am fortunate enough to work for an organization whose sole focus is to #makeadifference. Every day at Jersey Cares we look for ways to inspire and motivate people, young and old. We aren’t going into space anytime soon, but maybe, just maybe we can help a volunteer provide a spark to a young person and the world will open up in front of them as well.

Thank you Sally Ride, and all #WomenInSTEM, for opening doors for me that I didn’t even know existed.